Olympic gold medalist Aly Raisman, one of the country’s most decorated gymnasts, spoke before a packed audience on Tuesday, October 24, 2017 at Hannah Senesh Community Day School.

The two-time Olympian took part in a conversation moderated by journalist Virginia Heffernan, a Senesh parent. The evening focused on the Jewish values that have helped shape Raisman’s competitive spirit as a gymnast and have motivated her to speak out on important issues.

Raisman attributed her success to a sheer love of gymnastics, immense amounts of hard work, a healthy dose of self confidence, and parents who supported her — leaving the pushing to her coaches. When six-year-old Aly was the only one in her gymnastics class who did not get to move up to the next level, her parents made her feel special, she said, as if it were a privilege to repeat the class.

As a child, Raisman correctly predicted that she would compete in the Olympics in the floor exercise, even though “floor was my worst event,” she said, laughing. “I’ve seen videos of myself back then and it’s not that pretty, but I worked hard.” She added: “I think there’s something really powerful about being sure of yourself.”

When Raisman performed the dazzling floor routine that would win her a gold medal during the 2012 London games, she was accompanied by “Hava Nagila,” the popular Jewish folk song. Raisman, who selected the music when she was 17 years old, said that she has come to appreciate how powerfully the choice resonated with Jewish audiences across the country.

Raisman, an outspoken advocate for body positivity and against bullying, described the lingering effects of being mocked, in fifth grade gym class, by boys who were intimidated by her when she beat them in a chin-up competition and who called her muscular arms “disgusting.”

Asked what advice she had for young gymnasts and their parents, Raisman said, “Don’t push your kids too hard in sports. My parents taught me that people remember you for the kind of person you are rather than what place you are on the podium. No one has any idea what place I got when I was ten years old. What makes you stand out is the kind of person you are and the impact that you have on other people. If you’re the nicest, the kindest, then that’s far more important.”

Raisman was the second speaker in Conversations@Senesh. The series highlights the strong connection between timeless Jewish values and modern professional accomplishments that continue to improve the world.

“We are so inspired by Aly Raisman’s passion and dedication,” said Nicole Nash, Hannah Senesh Head of School. “She is a role model to many of our students.”

The evening took place at the school and included a meet and greet reception. 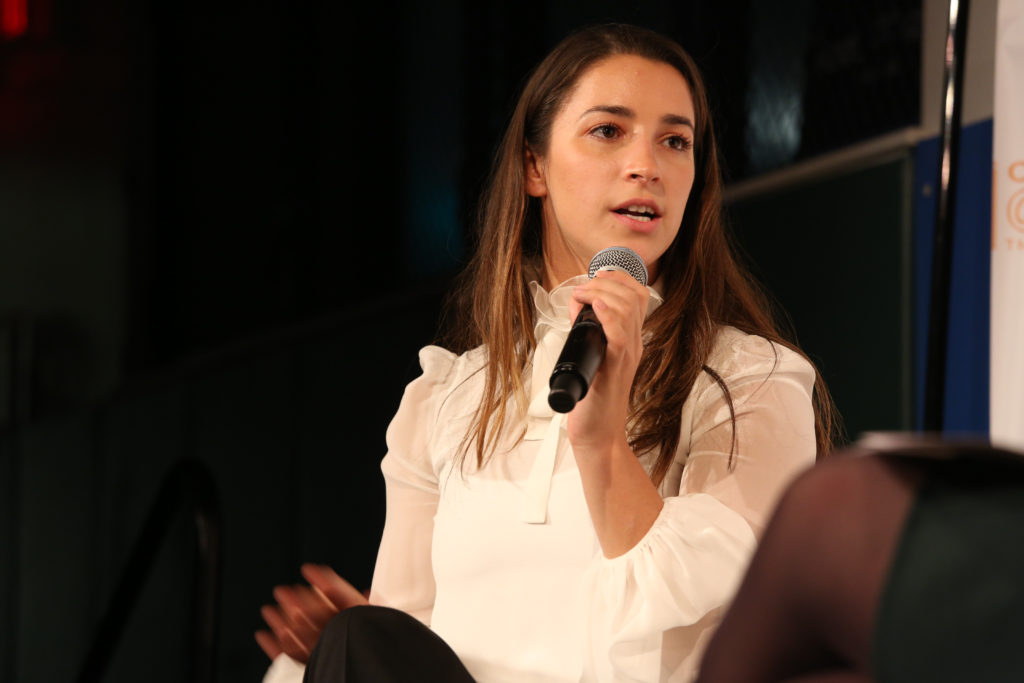 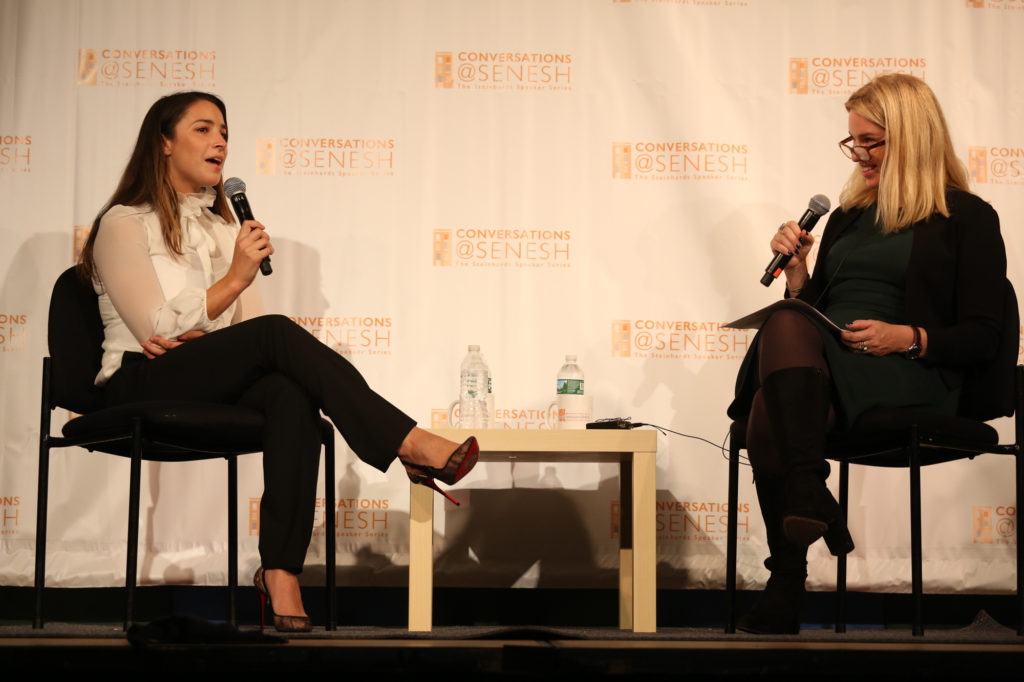