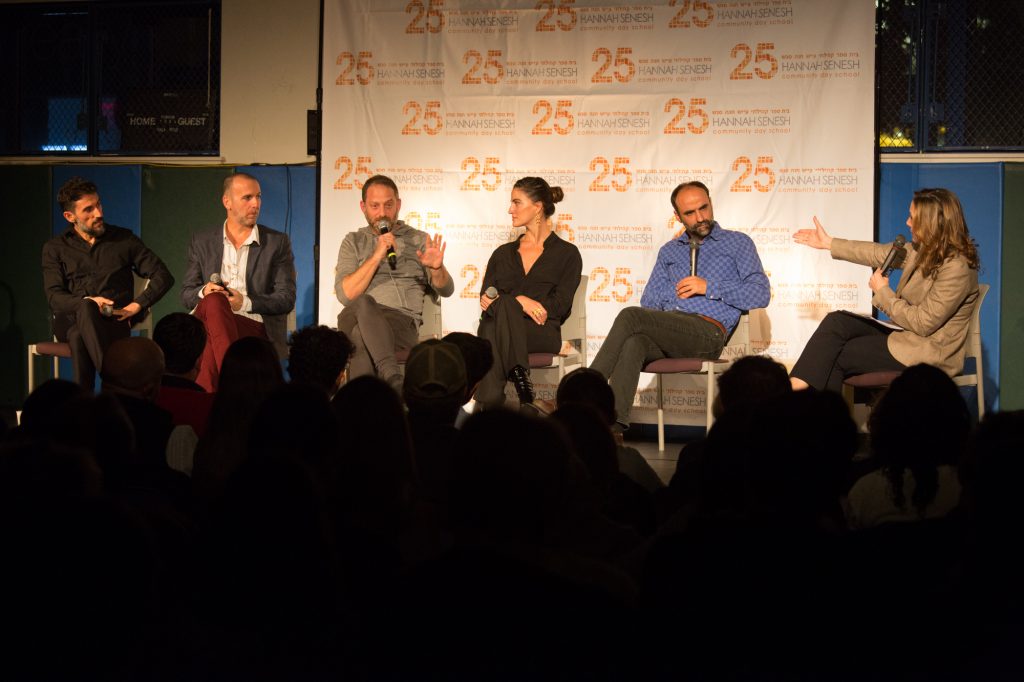 Fauda (Arabic for ‘chaos’) follows an elite undercover Israeli army unit operating in Palestinian society. The program, in Arabic and Hebrew, is considered groundbreaking in its efforts to venture into the lives and minds of characters on all sides of the conflict. The show has won numerous Israeli Academy Awards and was voted best international show of 2017 by The New York Times.

The conversation was moderated by Abigail Pogrebin, a former Emmy-nominated producer for 60 Minutes, who is the author of My Jewish Year: 18 Holidays; One Wondering Jew, which was a finalist for a National Jewish Book Award. She also wrote the bestselling Stars of David: Prominent Jews Talk about Being Jewish. She is the co-host of Tablet Magazine’s podcast, Parsha in Progress with Rabbi Dov Linzer, and she has been published in Newsweek, Tablet, The Forward, The Daily Beast and many other publications. She anchors an interview series at The Manhattan JCC, and has moderated conversations for The Streicker Center, Shalom Hartman Institute, and UJA. She is the immediate Past President of Central Synagogue in NYC.