During advisory, the fifth graders created slide shows shared their strengths and weaknesses to show how everyone is unique. This ties into our curriculum to learn about people with disabilities.

The classes also reflected on the year so far and created a list of things that have gone really well and things that the class needs to continue to work on. The students split into groups and each took on an area of improvement that they felt passionate about. The plan they created needed to be actionable and to include a way to collect evidence that the plan is working. Areas of improvement included kindness towards each other, recess behavior, organization, taking care of chromebooks, and how to communicate our concerns, preferences, or irritations in a nicer way.

ELA: As we continued our reading of A Long Walk to Water, we examined how culture, gender, time and place affect the identity of Salva and Nya. We also discussed decisions we would make based on situations that arose in the book and made connections between our study of Egypt and modern day Sudan when we learned how to make a reed boat.

We also began flash writing letters to the American Zoological Association explaining our support or opposition to zoos. The students were asked to include a quote in their writing to further support the evidence they have collected towards their claim. In preparation for our next writing project, we started watching TedTalks and identifying what makes a good TedTalk. The students will be writing their own TedTalk about a subject they feel passionately about.

*Ask your student the correct way to tie a shoe*

Social Studies: We brought our study of Ancient Egypt to the present day by learning about the Grand Renaissance Dam, a dam being built in Ethiopia that has caused tensions between them, Sudan, and Egypt.

*Ask your student about each country’s concerns about the project.*

We also learned about the several periods of Egyptian history spanning about 3000 years and some significant events in each period. Finally, the students completed a web quest about the construction and development of the pyramids.

The 5th grade scientists have been learning about density and buoyancy. They first learned about Archimedes principal through a brain pop video and discussion. Then, they calculated the density of water through a lab in which they found various masses and volumes of water. Now they are discovering the density of various classroom items by finding their mass, volume (via displacement), and buoyancy. 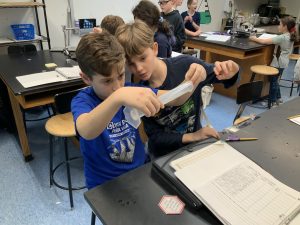 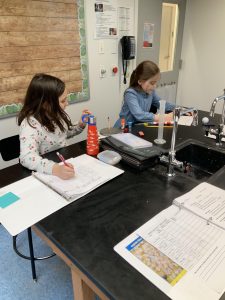 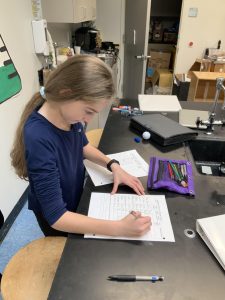 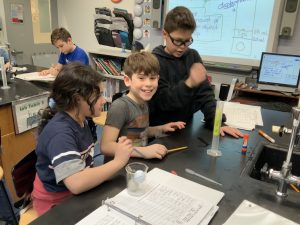 This week we have spent time writing and evaluating expressions. We have also started learning how to solve one and two-step equations. We have worked through equation mazes and even created our own. Throughout next week, we will continue to work on more challenging equations to solve while also creating our own!

,להורים שלום
אני שמחה לחזור ללמד, תודה רבה על כל הברכות ועל קבלת הפנים המרגשת של התלמידים.
השבוע המשכנו ללמוד סיפור קצר “הפרה של וירג’יניה” של הסופרת סביון ליברכט הלקוח מתוך ספרה “תפוחים מן המדבר”. הסיפור  מספר על רוחמה גורבי’ץ’, רפתנית במושב שבעמק יזרעאל הטסה אל בנה בוירג’יניה בארצות הברית על מנת לשכנע אותו לחזור לארץ. הטקסט מעורר שאלות רבות על התפיסות החברתיות שלנו ועל היחסים עם הסביבה הקרובה. התלמידים עובדים על הסיפור באמצעות שאלות מנחות ובקבוצות. כמו גם, השינשינים הגיעו אלינו לפעילות כיפית על תנועות נוער ישראליות.
,מאחלת לכם סוף שבוע מקסים
אילנה
Judaics
This week students have continued working on their translation skills and growing ability to write thoughtful Kushiyot, (text based questions). They have been so excited to figure out possible questions that can lead them to understanding the deeper meaning and complexities of the text. They have also spoken a lot about upstanders and how hard it can be to stand up for or help someone who is in need when the majority of people are not helping. We talked about characteristic it takes to do this and how we see Reuven modeling this in our text when he stands up to his brothers and makes sure they don’t kill Joseph. We also began learning about Tu Bshvat and learned Torah and Rabbinic text to help us understand the importance of not wasting and and making sure to set the world up for a good future. We are using this lesson as inspiration to bring games about recycling to our buddies!
Shabbat Shalom,
Laura
Hebrew
In the past few weeks the students worked on the project “My roots”. We learned to write narratives of family members based on the examples of life stories which we learned in class. The students collected information according to a questionnaire they received.  They typed their stories in Hebrew and presented them in class. While a student presented his/her work, other students  wrote an interesting facts of the family and  asked him/her questions. The students learned a lot both about their family and about each other. 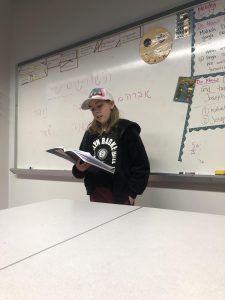 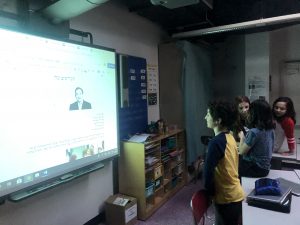 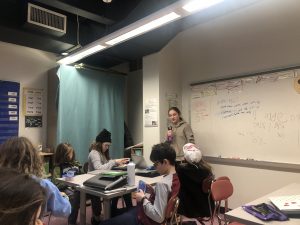