We have been busy learning our unit of Food Justice. The students learned about food waste as well as food security versus food insecurity. We were fortunate to welcome again Caitlin from “Repair the world” for another insightful session that lead to interesting dialogue in our class.
3rd grade participated in the Senesh week of Action preparing delicious sandwiches and packing lunches for the hungry. Our class visited CHIPS (a soup kitchen and homeless shelter) to deliver the meals we prepared for those in need.
Thank you so much to all the parents who graciously accompanied us. You were amazing chaperones! 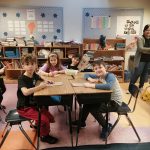 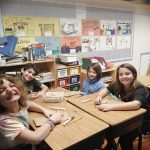 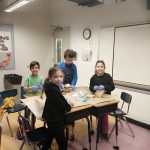 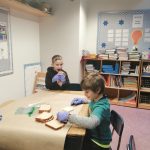 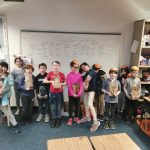 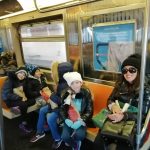 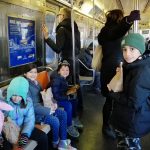 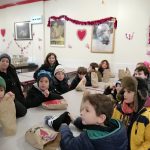 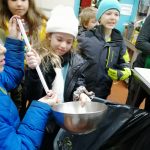 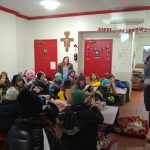 Throughout the week, we have been learning about Biblical garden “Neot kdumim “located near Modi’in in Israel and where preserved different type of plant, trees and agriculture from the period of Tanach.

Students tried their hand at comparing the garden “Neot  Kdumim” with the park or playground in the neighborhood. Students enjoyed trying to solve different riddles, which encouraged them to practice their writing and speaking skills and to use the vocabulary that we studied in a fun and engaging way.

We continue to study new adjectives in order to describe nouns and agreements between them in gender (masculine or feminine) and number (singular or plural). Additionally, we practices how to use accurately infinitives in the sentences with the auxiliary verbs, such as Need, Can, Want and the expressions “It’s forbidden” or “It is allowed” .

We hope you had a restful long weekend and, after last Friday’s tekes, are invigorated to make changes (small or big) in your community!

We had a very important conversation, this week, in our Social Emotional period. The theme was friendship, and students created two lists. The first was “what makes a friend,” giving them prompts about how you would want to be treated and supported by those in your community. The second list was “what does it mean to NOT act like a friend?” We know that students have more freedom during unstructured or transition times, and we want to support them in the choices they make. They were asked to think about situations that happen around them, and work on adapting their behaviors to present as how to be a friend. We have posted the two lists in the classroom, and will next work on identifying coping strategies to address and resolve conflict.

In Social Studies, we began our investigation of life in New Amsterdam. The first day, we observed maps of the New World that were created in 1635. We realized that these maps were not made to scale, nor correctly representing the people. We discussed the relations between Europeans and the natives of the land, as reasons behind not venturing too far inland. 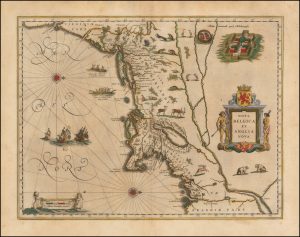 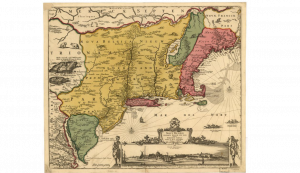 We pondered why someone would leave their home to come to this “wild terrain.” Some reasons that pushed people to leave Europe and go to America, at this time, was for political freedom, religious freedom, the desire to be a landowner, and job opportunities. The question of why someone would move to a new location will be repeated throughout the rest of the year, as we learn about New York westward expansion and ‘Turn of the Century” immigration. In our half groups, we created lists of what is needed to help a settlement survive. On both lists, students brought up the need for: farm animals; a justice system; fresh water sources (wells or rivers); clothing; farmers and plants; and people — specifically, for the colonies, the addition of women to help create long-lasting settlements.

Finally, we started a conversation of necessary jobs needed to run a successful city. Students came up with jobs such as [some listed are not correct jobs of the time]: hunter; babysitter; pet shop owner; carpenter; chef; servant; social worker; lawyer; mayor; governor; president; doctor; sailors; and farmer. We looked at a list of jobs that people had in New Amsterdam — the capital of New Netherland, and where Battery Park/FiDi currently sits. Some students noticed that there were some jobs that we had heard of before, such as seamstresses/tailors, fur traders, builders (carpenters), farmers, bakers, soldiers and storekeepers, but also some new jobs that we had never heard of, such as “milliners” (people who create hats) and “coopers” (people who creates butter churns, casks, barrels and pipes).

This math unit is almost done, but it feels like we only just started! Multiplication is the name of the game, and we have finished learning our one-digit by one-digit multiplication facts! Students played many games to help them practice the math facts (games such as “circles and stars” and “multiplication top it’ were written about in our last blog, from January 18). We reviewed strategies that can help us solve multiplication facts, such as drawing pictures, using a number line, or making an array. It turns out that we can ALSO use those strategies when solving division problems! How cool is that? We started learning about the difference between “the number in a group” and “the number of groups” as we started discussing division. A strategy students hadn’t thought about is that, if you see a division problem and are stumped, to turn it into a multiplication equation to help you. For instance, go from 60÷10=___ to 10x___=60.

** It is important to continue practicing the multiplication flash cards with your student. After talking to the 4th Grade teacher, she has mentioned that students who have memorized these facts have a smoother transition to 4th Grade math than those who choose not to practice their flash cards. These facts, of multiplying simple numbers (0-10) will also be helpful in our next unit: multiplying multi-digit numbers together (such as 45×9). If we are to take that example, a way to solve it would be to break apart the number 45 into 40 and 5. You then multiply each by 9. The easier step is 5×9, which equals 45. While 40×9 might be hard, if I know my 4 times tables then I know that 4×9=36, so then 40×9 MUST be 360. 360+45=405, so 45×9=405. But that will be next week’s lesson …..

Tuesday, January 28 — Talent Show Auditions –> Please make sure your child brings in the materials they need for it TODAY (it can stay home until the show a few weeks later)

Friday, February 7 — 3rd Grade 100 Boxes Celebration! (theme will be emailed to you next Thursday or Friday)