In ELA, students are putting the finishing touches on their persuasive essays, which hopefully reveal a deft balance of pathos, logos, and ethos. They are also preparing for their 150 word test on February 12th, which is a culmination of ten weeks of vocabulary study. Lastly, students are concluding their third independent reading assignment, due on Friday, February 14th.

In social studies, students have embarked on chapter 13, Early African Civilizations. The time period the chapter covers is 550 BC to 1600 CE. However, we’ll be asking some questions about modern Africa as well.

In Math class we have currently been using unit rates to make calculations and/or predictions about rates over time. We discussed the difference between a constant rate, such as being paid $15 per hour, or rates that may vary such as a car’s speed on a highway when encountering traffic or someone’s heart rate after vigorous activity.

We conducted an experiment where several students tracked their heart rate for 15 seconds after physical activity and then for 60 seconds after physical activity to see if the two rates would match or if there would be a noticeable variance. They learned that, over time, your heart rate returns to its resting rate but they also learned that some of them get nervous while conducting experiments which also causes an elevated heart rate! Statistically speaking, we had a few outliers in our data.

Students have been working hard completing their Tu Bishvat informational booths. These booths are creative, interactive, informational which will allow the whole school to celebrate Tu Bishvat on Monday 2/10 in the gym. We cannot wait to have the school interact with these booths. 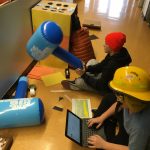 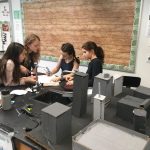 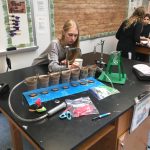 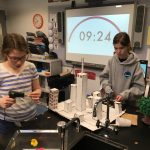 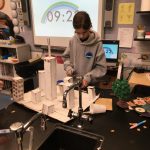 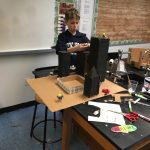 להורים שלום,
אני שמחה לחזור ללמד, תודה רבה על כל הברכות ועל קבלת הפנים המרגשת של התלמידים.
השבוע המשכנו ללמוד סיפור קצר “הפרה של וירג’יניה” של הסופרת סביון ליברכט הלקוח מתוך ספרה “תפוחים מן המדבר”. הסיפור  מספר על רוחמה גורבי’ץ’, רפתנית במושב שבעמק יזרעאל הטסה אל בנה בוירג’יניה בארצות הברית על מנת לשכנע אותו לחזור לארץ. הטקסט מעורר שאלות רבות על התפיסות החברתיות שלנו ועל היחסים עם הסביבה הקרובה. התלמידים עובדים על הסיפור באמצעות שאלות מנחות ובקבוצות.
מאחלת לכם סוף שבוע מקסים,
אילנה
Hebrew
K  – In Hebrew class students started to learn a new unit on the topic of “Beshaah tova!”. They learned to write an advertisement and presented it to their peers. We are continuing to learn different types of texts in Hebrew.The students read the short story “Shaon shel emeth”  written by the famous Israeli writer Meir Shalev. They spoke in Hebrew about it and discussed the plot and the moral of the story. As a project following the reading, every student drew comics according to the plot of the story. Another type of text we worked on was a song . We listened to the song “simple songs” by Shlomo Grunich. The song helped us in reviewing and learning new  vocabulary and grammar rules In addition, the students constructed a sentence which includes an opinion or fact and starts with אני יודע ש…, אני חושב ש…, אני זוכר ש..
J – We finished to learn our current unit on the topic of “social media”. The students discussed in Hebrew the advantages and disadvantages of communications with devices such as smartphone. In addition,  we talked about social networks, positive and negative effects of social media. The students presented their profiles in a “pretend” social network and explained why they chose these pictures for their profile. Moreover, we formulated rules for proper behavior online. Through Hebrew language the students have an additional chance to learn, to speak and  to discuss this very relevant topic.