We were thrilled to partner with Jewish educators and authors of Raising A+ Human Beings: Crafting a Jewish School Culture of Academic Excellence Dr. Bruce Powell and Dr. Ron Wolfson for an event about school culture, Jewish values, and character. Together with Senesh alum Leah Robinson ’08 and moderated by Senesh parent and board member David Bryfman, CEO of The Jewish Education Project, we explored the true value of a Jewish education and discussed why an education rooted in Jewish values is best suited for the audacious responsibility of supporting our children in becoming compassionate, confident and prepared for the complexities of the world today.

Parents and our wider Senesh community were invited to meet on Zoom on October 19th at 7:45pm and discussed ways to inform, motivate, inspire, and shape the character of our children through enhancing our school culture. We couldn’t think of a better way to start the school year than recommiting to our school’s mission and vision to “raise A+ human beings” together. 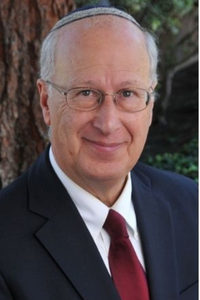 Dr. Bruce Powell
For the past fifty years, Bruce has dedicated his professional life to Jewish education in settings from day schools to synagogue schools to summer camps. He has helped to found and lead three Jewish high schools and has consulted on the founding of twenty-three more throughout North America. In addition, he has provided consulting services to over sixty Jewish day schools through his work as president of Jewish School Management (JSM).

Honored with both the Covenant Foundation Award and the Milken Jewish Educator Award, Bruce has served as a founding faculty member and mentor for the Day School Leadership Training Institute at The Jewish Theological Seminary, and as a coach for the Head of School Professional Excellence Project at Prizmah. He directs the Institute for Day School Excellence and Sustainability (IDEAS) and serves as Distinguished Lecturer of Jewish Education at the American Jewish University.

Together with his wife, Debby, they share four children and have invested an aggregate of fifty-two child-years in Jewish day school education for their kids. Their grandchildren now attend Jewish day schools in Los Angeles.  He directs the Institute for Day School Excellence and Sustainability (IDEAS) and serves as Distinguished Lecturer in Jewish Education at the American Jewish University. Bruce is Head Emeritus of de Toledo High School in Los Angeles. 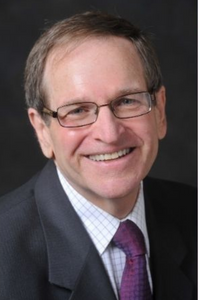 Dr. Ron Wolfson
Ron is the Fingerhut Professor of Education at American Jewish University and president of the Kripke Institute. He is a much sought-after consultant and lecturer on building relational cultures for Jewish day schools as well as synagogues and their schools, community centers, and camps around the world.

In addition to training clergy and educators, Ron is the author of many books bringing the values and rituals of Jewish life to a popular audience, including God’s To-Do List, The Seven Questions You’re Asked in Heaven, The Spirituality of Welcoming, and The Art of Jewish Living series. Ron lives in Los Angeles with his wife, Susie. They are the parents of two children and the grandparents of two grandchildren, both day school students. 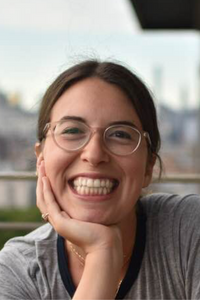 Leah Robinson
Leah Moriah Robinson is a proud Senesh alum and an Ed.M. candidate at The Harvard Graduate School of Education where she studies higher education. Leah is a fellow at The Phillips Brooks House Center for Public Service and Engaged Scholarship at Harvard College and a senior graduate assistant at MIT’s PKG Public Service Center. Leah has also served as the Senesh Director of Alumni Relations!

David Bryfman
David is the Chief Executive Officer (CEO) of The Jewish Education Project. After working in formal and informal Jewish educational institutions in Australia, Israel, and North America, David earned his Ph.D. in Education and Jewish Studies from NYU, focusing on the identity development of Jewish adolescents. David has authored several articles and presented broadly on topics ranging from the Jewish teenage experience, innovation and change in Jewish life, Israel education and more broadly about Jewish education. David lives in Brooklyn with his wife, Mirm and two current Senesh children.

Conversations@Senesh invites influential public figures to reflect on the Jewish values that shape their lives and drive their accomplishments. We hope the themes that emerge from these talks will inspire dialogue in our Senesh community and our thriving Brooklyn neighborhood. Previous speakers in the series have included Supreme Court Justice Elena Kagan, activist Gloria Steinman, Olympic gymnast and activist Aly Raisman, select cast members from Fauda, and authors Nathan Englander, Gary Shteyngart, and Michael Twitty.